THE PIONEERS
1930s
" Half Dome's Summit is perfectly inaccessible, being probably one of the only prominent points about the Yosemite which has never been and never will be, trodden by human foot."
In 1875, Scottish blacksmith George Anderson spent a week hand-drilling holes in the rock which he then fitted with bolts fashioned in his forge. The technique of drilling holes into the rock and fitting them with bolts would not be used on Yosemite walls again until the 1940s. 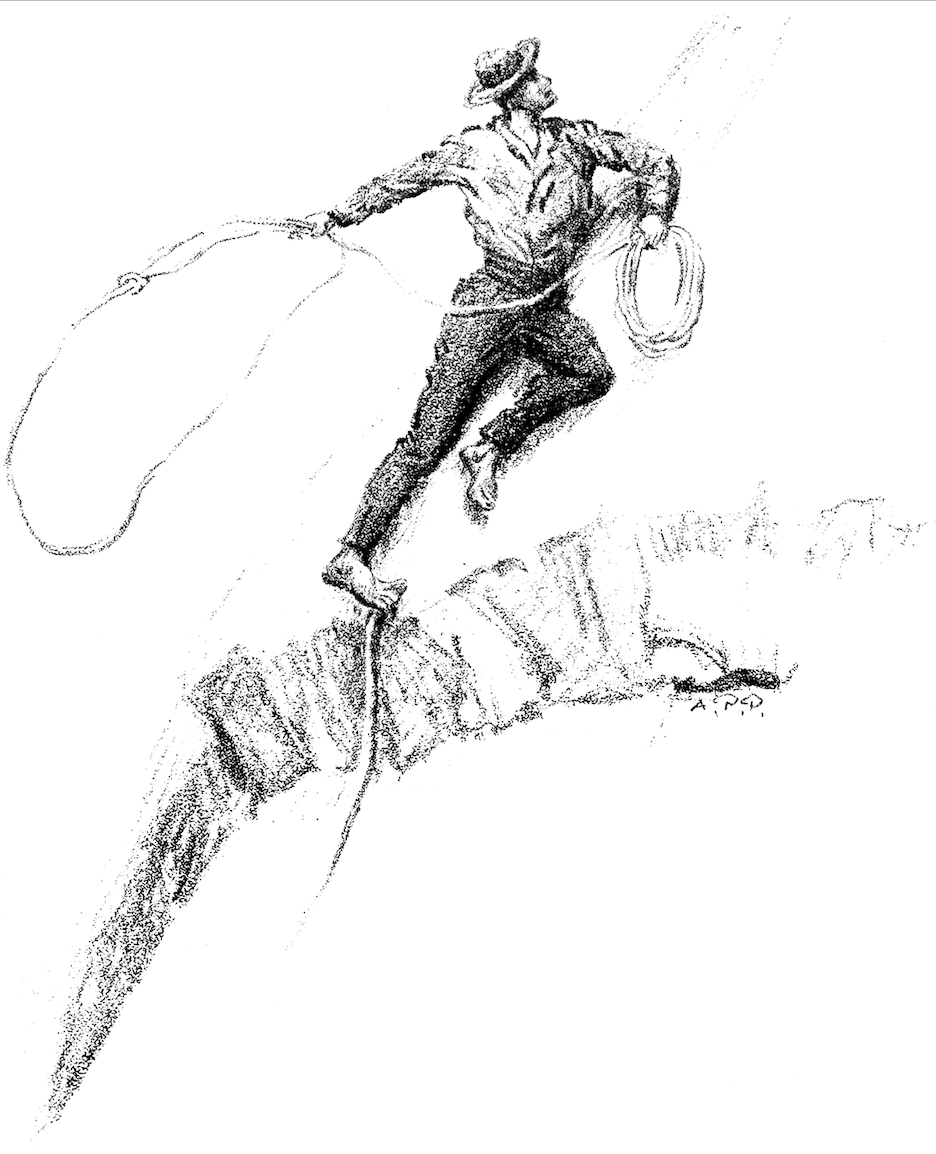 Depiction of George Anderson
Robert Underhill introduced European climbing techniques in 1932 to members of the Sierra Club Rock Climbing Section, this syllabus included: the running belay, use of pitons and carabiners, along with the Dulfersitz rappel.
Robert Underhill
Pitons
Dulfersitz Rappel
Carabiner
Standard Belay Technique
"The ascent of the two cathedral spires across the valley from El Capitan were the most difficult and adventurous climbs accomplished during the 1930s. After several attempts over a six month period. Robinson, Leonard and Eichorn reached the top of the Higher Cathedral Spire in April 1934, and they accomplished the Lower Spire a few months later. Steep and tricky climbing characterized both routes, and the trio had to use direct-aid techniques in a few spots when the hand holds disappeared."

--Steve Roper, 1994
"Our current state sucks. Let's look for something interesting in the past. Let's pretend the past is still here."
Further materials
Film
Live Forever - The Rise and Fall of Brit Pop
Hilarous documentary about the Britpop music scene in the Nineties, featuring all the main bands of the scene exposing the truth behind the myths.
Interview
Oasis from the archives: Noel in 1994
Just before the release of Definitely Maybe, Caspar Llewellyn Smith caught up with Noel Gallagher to find out about scraps with Liam, spats with Suede and why people would still be listening to his band's debut album in 20 years' time.
Website
Britpop at the BBC: Class of '94
BBC celebrates the 20th anniversary of Britpop with series of special programs and features.
Made on